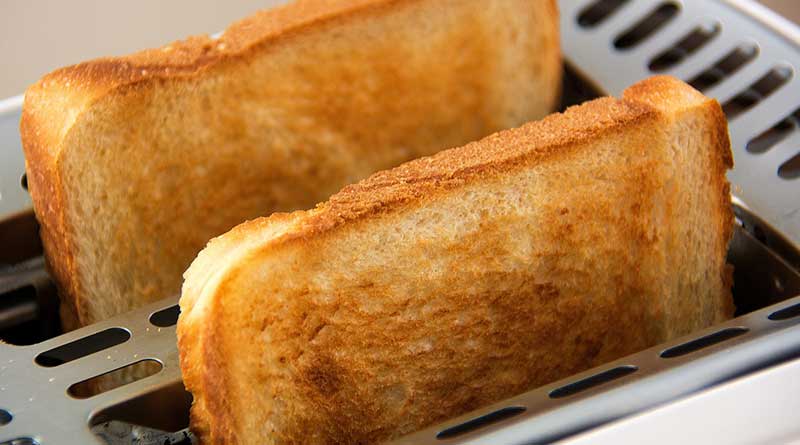 Q) Does burnt toast cause cancer?

A) No (or at least, there is no evidence that it does in people)

The front page of the UK “Sun” newspaper today is “You’ve had your chips”! The Telegraph covered the story with the headline “Government warning on browned toast and crispy roast potato cancer link 'massive overreaction'”.

The Food Standards Agency (FSA) was formed on 1st April 2000 (no joke!) After a number of incidents related to food safety (including some fatal), it was decided by the then government that it was inappropriate for the Ministry of Agriculture, Fisheries and Food (MAFF) to be responsible for farming and food processing and food safety. The FSA was given responsibility for food safety (and MAFF became part of DEFRA – Department for Environment, Food and Rural Affairs – in 2001).

Over the years, as quangos are prone to do, the FSA extended its remit and became prominent in UK dietary guidelines – presiding over the change of the “Balance of Good Health Plate” to the first “Eatbadly” – sorry “Eatwell” plate in September 2007.

Andrew Lansley was Secretary of State for Health between May 2010 and September 2012. During this time, Lansley expressed enthusiasm for scrapping  the FSA. He stopped short of this, but stripped the agency of its powers in deciding what people should and should not eat.

I share this because today’s story seems to be a classic case of a scaled-down organisation trying to flex its muscles again.

The FSA has launched a campaign, with a well known UK Olympic champion, Denise Lewis, called “Go for Gold”. The idea is that people should have food ‘golden’ in colour and not burnt to a crisp. The agency said that it “wants to help people to understand how to minimise exposure to a POSSIBLE (my emphasis) carcinogen [something that causes cancer], called Acrylamide.”

Are egg yolks bad for you? – Podcast