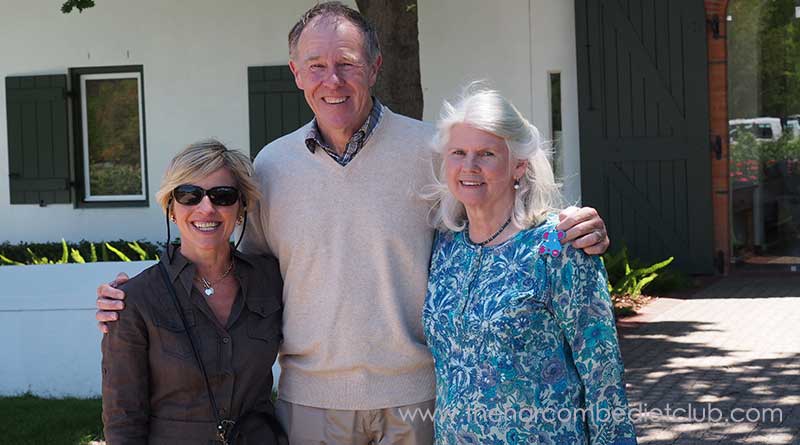 Between the 21st and the 23rd February 2018, an appeal hearing was held in Pretoria, South Africa. The appellant was the Health Professions Council of South Africa (HPCSA). The respondent was Professor Tim Noakes, listed as Dr Timothy Noakes for the purposes of the hearing (appearing in his capacity as a practitioner, hence Dr, not scientist). At the end of the appeal hearing, the chair indicated that the judgement would be made available within a month or so. This was assumed by interested parties to mean before the end of March. When nothing was heard by March 31st, or during April, or during May, journalist Marika Sboros joked “we didn’t ask which year”!

Out of the blue, on Friday 8th June at 3.19pm, an email popped up from Tim’s lawyer, Adam Pike, with the glorious title “Tim WON!!! Tim Noakes HPCSA.” My husband Andy and I promptly burst into tears. Then the phone rang and Marika was in tears. Then twitter started going mad with congratulations and jubilations. It was the most wonderful news to finally, surely, end the craziest case that may ever be held in the field of nutrition. The verdict was reported immediately in local newspapers, here (Ref 1) and here (Ref 2).

Having had the privilege to be part of this piece of history, I have written several posts on the whole saga. To close the case, this final post looks at the judgement that has just been delivered. What did the appeal committee think were the key points to be addressed? What conclusions did the committee members make? And what did they make of a counter claim lodged by Tim’s legal team?

If you would like to see a video of the case, the players, the timeline, the key issues etc – there is a 30 minute video of me presenting the case here (Ref 3).

Let’s just remind ourselves of the tweet that kicked everything off:

On 3 Feb 2014, someone called Pippa Leenstra, who tweets as @pippaleenstra, Pippa J Styling (she’s a fashion stylist) tweeted: “@ProfTimNoakes @SalCreed is LCHF eating OK for breastfeeding mums? Worried about all the dairy + cauliflower = wind for babies??” (Please note: @SalCreed is Sally-Ann Creed, a co-author of The Real Meal Revolution with Tim and Jonno Proudfoot).

Tim’s reply was one of approximately 80 replies. There were a number of replies from the dietician who made the complaint about Tim and some from her allies.

The charge that was made against Professor Noakes was (and this is exactly as written):
“THAT you are guilty of unprofessional conduct, or conduct which, which when regard is had to your profession is unprofessional, in that during February 2014, you acted in a manner that is not in accordance with the norms and standards of your profession in that you provided unconventional advice on breastfeeding babies on social networks (tweet).” The appeal committee noted that this was still the verbatim charge that they were required to consider.

This is the timeline of events from the first tweet to the final judgement:

The key points for the appeal committee to consider

The judgement was just eight pages long, which is tiny compared to the boxes and boxes of evidence that were amassed during the full hearing itself. The full appeal judgement is here (available at the time of writing) (Ref 7).

The appeal committee determined that there were three issues that they needed to address:

1) Whether the “protection of the public” issue, raised by the pro forma complainant [HPCSA] late in the disciplinary proceedings, formed part of the charge.

2) Whether or not the doctor patient relationship is relevant and, if so, was there such a relationship?

3) Whether or not Tim’s tweet amounted to unconventional advice.

I suspect that it is entirely to the credit of Tim’s legal team that the appeal committee grasped these as the key issues. They would not have been presented so thoughtfully by the prosecution and it was not to the HPCSA’s advantage that these were the matters in mind.

The conclusions that the appeal committee came to

1) The judgement was particularly scathing about the “protection of the public” issue. As someone who followed the case in great detail (and wrote about it here (Ref 8), here (Ref 9) and here (Ref 10)), I am aware that this was only raised during the main trial once it became blindingly obvious that there was no doctor patient relationship.

The appeal committee spotted this too and said of the “protection of the public” issue:”It was initially never considered by the appellant [HPCSA] as being an integral part of their matter. It is a totally new issue.” The judgement continued: “A party should not figure out what challenges he faces; he should be informed… In our view the respondent [Tim] was not informed.”

The appeal committee detailed the opportunities that the HPCSA had during the trial to put this issue on the record and noted that they failed to do so. Then came my favourite line in the judgement: “It is the unanimous decision of the committee members that the issue of protection of the public is a fishing expedition by the appellant [HPCSA].” Ha ha ha! The appeal committee rejected the entire argument that the HPCSA were trying to make – that Tim had somehow failed to protect the public, or wherever they were trying to go with that new charge.

2) Avid readers of my previous posts on the hearing will know that the doctor patient relationship was absolutely crucial to the case. While on the stand, the HPCSA witness for ethics was referred by Tim’s advocates to a passage from the court bundle which read “Determining whether a doctor/patient relationship exists is an important issue in medical malpractice cases. If there is no relationship there can be no malpractice.”

The HPCSA itself defines a patient as “The relationship between the patient and the Healthcare practitioner is established when the practitioner agrees to treat the patient and the patient agrees to be treated.” Tim’s legal team consistently argued that at no time had Tim agreed to treat Ms Leenstra and at no time had Ms Leenstra agreed to be treated and, indeed, no treatment took place. Thus there was no doctor patient relationship and thus there could be no malpractice.

3) The final matter for the appeal committee to consider was whether or not Tim had provided unconventional advice. The appeal committee reported that it was satisfied that the original committee had considered the right issues with respect to this charge and come to the correct conclusions. The appeal judgement reported that i) the respondent (Tim) appeared to be very supportive of breast feeding and ii) “low carb is not NO carb.” Their third comment was interesting. They quoted Tim where he opined: “Neither she [Claire Julsing Strydom] or I can be certain of what is the best diet onto which to wean a child. As a result, we are allowed to our own conclusions based on our professional experience and training.”

Tim’s legal team had counter appealed for costs to be awarded against the HPCSA. These have run into millions of rand. Tim would have been unlikely to have been able to defend himself as he did without Advocates Mike Van der Nest and Rocky Ramdass agreeing to represent Tim for love and not money.

The judgement was wonderful enough; it would have been the icing on the cake to be awarded costs. Sadly, this did not happen. The appeal committee noted that “the Act is silent on the issue of costs” and that the original committee did not make any order as to costs. The appeal committee thus said that it would be a “fruitless exercise” to pursue this matter. And that, folks, is that.

The intent & the outcome

The appeal inspired Tim’s legal team to lodge a Freedom of Information request and, despite the fact that some correspondence was inexcusably withheld, some treasure was uncovered. The complainant, Claire Julsing Strydom was president of the Association for Dietetics in South Africa (ADSA) at the time of the tweets. She was found to have been emailing the ADSA representative on the HPCSA board, moaning about the impact that Tim Noakes was having on the dietetics profession, before Pippa had even tweeted her tweet (Ref 11). Claire was out to get Tim. She was looking for a reason to complain about him for something and she was setting up the HPCSA to be on her side when she did.

The picture below is a slide from one of my presentations at the Cape Town conference in February 2015. Those were the sponsors of ADSA at that time – note nasty Nestle as a diamond sponsor and note sugar and cereals as bad bed-fellows. Maybe Claire’s issue with Tim was personal (his success was making her and her colleagues look impotent). Maybe it was commercial – a good president of a conflicted organisation will make sure that the sponsors are kept happy. The ADSA/HPCSA intent was to silence Tim – to have a quick hearing in June 2015, to find him guilty of all charges, to strike him off as a doctor (notwithstanding that he hasn’t practised as a doctor for many years – he works as an academic/scientist) and to publically disgrace him. More importantly, the ‘hanging’ of Tim was intended to hang his dietary beliefs and to ensure that South Africans stopped being inspired by Tim to eat meat, fish, eggs and vegetables and that they continued to eat the sugar, cereals and formula ‘food’ provided by the companies with whom ADSA work(ed) hand-in-hand.

Thanks to Tim’s loyal and brilliant legal team – Adam Pike, Mike Van der Nest and Rocky Ramdass – and thanks to Marilyn’s rock-like support, Tim won and Claire lost. Pro bono lawyers won and the HPCSA lost. Real food won and fake food lost. Breastfeeding followed by meat, eggs and vegetables for babies won and formula ‘baby milk shakes’ lost. Individuals won and big business lost. This case was always so much more than a dietician being irked that an A1 rated scientist was making her profession look stupid. A lot of people and a lot of organisations and a lot of money were riding on the quick silencing route. Instead they provided a global platform for Tim’s views to become even more widely known, loved and followed. We’ve just concluded the biggest own goal of 2018, days before the world cup even starts!

All the best – Zoë

p.s. It is possible for the decision to be appealed (again!) However, this currently seems unlikely given the cost and embarrassment already suffered by the HPCSA. They can’t even win a ‘best of three’ now, so best to quit before further humiliation. 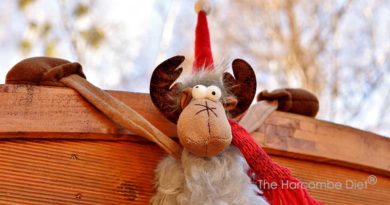