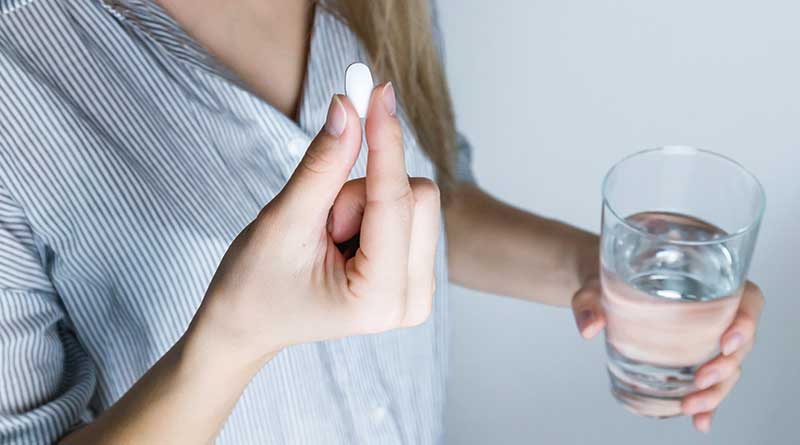 Women in the UK woke up to scary headlines on January 10th 2019. The Daily Mail informed us that “Taking HRT pills to cope with the menopause 'DOUBLES the risk of suffering dangerous blood clots'” (Ref 1). The Guardian headline was similar: “HRT tablets linked to higher risk of rare blood clots, study finds” (Ref 2). The BBC was a bit more qualified with “Some HRT tablets 'linked to higher blood clot risk'” (Ref 3).

The headlines came from a study in the BMJ called “Use of hormone replacement therapy and risk of venous thromboembolism: nested case-control studies using the QResearch and CPRD databases” (Ref 4). Let’s do the usual quick look at what the study did before examining the claims that made the headlines. (Venous thromboembolism abbreviates to VTE and is the technical term for a clot).

The first thing that needs to be said is that this was a fabulous study and the article was extremely well written. The researchers ‘sensitivity tested’ for so many different possible confounders and presented data in best-practice ways.

The study was a ‘nested case control study’. This is a population review type of study and so it can only establish associations, not causation. However, finding differences of “double” meets the first consideration for causation and so these headlines rightly should make us sit up and look closer.

A case control study looks back at data (as opposed to a prospective cohort study, which records lots of information about a large group of people and then follows them over time to see which conditions people go on to develop and to see what lifestyle factor might be associated with that condition). A case control study is retrospective. It decides what it wants to examine – in this case the association between different types of HRT and the risk of VTE – and it identifies a group of people with the condition (VTE) to be examined. It then matches the group with the VTE cases with a control group that didn’t exhibit the cases (hence the term case control). Researchers can then look back at the two groups to understand if the people who developed the condition had characteristics that were not found, or found far less, among the people who didn’t develop the condition. Such studies would enable us to conclude, for example, that lung cancer cases were far more likely in people who smoke than controls.

This nested case control study used two large and long UK databases (called QResearch and the Clinical Practice Research Datalink) to identify 80,396 women, aged between 40 and 79, who were diagnosed with VTE between 1998 and 2017. These were matched (by age, doctor practice and “index date”) with 391,494 controls (the index date was the date of diagnosis for the VTE cases.) The researchers defined those on HRT as women who had taken HRT in the 90 days before the index date.

Interesting fact one: Taking HRT was defined as in the previous 90 days because a previous study had shown that past exposure to HRT was not associated with increased risk of VTE (Ref 5). I didn’t know that. Hence, if you are sufficiently worried about clots to stop taking HRT, within 90 days you will be at no higher risk of VTE.

The characteristics of ‘clot’ women