* At a recent conference, Dr David Unwin came across a leaflet published by an organisation called “Plant Based Health professionals UK.” The leaflet summarises the claimed benefits for a Whole Food Plant Based (WFPB) diet. The leaflet contains 21 references used to make a number of strident claims such as “A WFPB diet may reverse early stages of cancer” and “WFPB can arrest and reverse atherosclerosis.”

* Any fool can cherry pick one reference for one condition to make one diet look good. That’s what this leaflet has done. The same could have been done by proponents of a Whole Food Animal Based diet, but that would be equally disingenuous and unscientific.

* Consuming whole (real) food, as opposed to processed (junk) food will have health benefits. The debate is: what should that whole food be? If evidence is found for WFPB eating, does the benefit derive from the whole food (no debate) or the plant based (open to debate)?

* The evidence quality of the 21 references is poor (I will use the same reference numbers in this article as were used in the leaflet). Below is a pyramid of evidence. 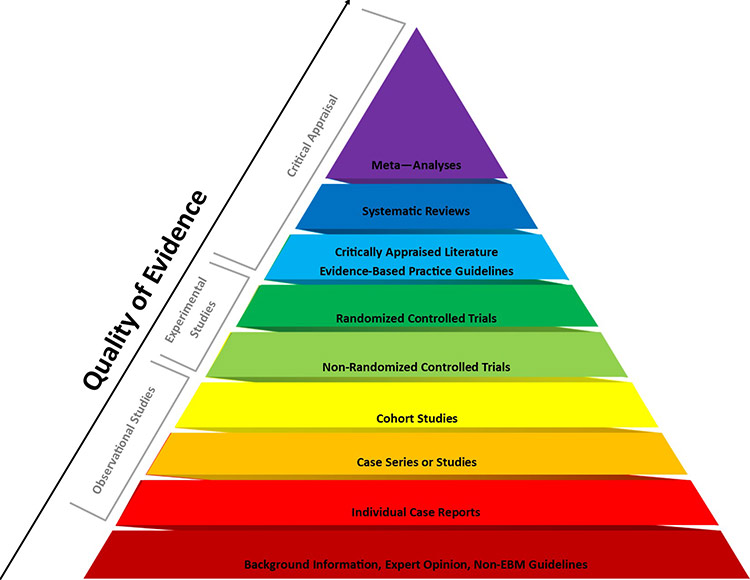 - Only 1/21 papers (Ref 4) was a meta-analysis of clinical trials and they weren’t all randomised controlled trials (RCTs).

- There were 2/21 meta-analyses of Prospective Cohort Studies (Refs 5 & 12). These can only establish associations.

- There were three randomised controlled trials (Refs 6, 8 & 9). Two of these (Refs 6 & 8) were multiple intervention trials (smoking cessation, aerobic exercise, diet, stress management and weekly support groups). The leaflet attributed the entire benefit to the diet alone. In two of the RCTs, the comparator diet was the typical western diet. In the third it was the recommended American Diabetes Association diet. I’m not surprised that any whole food diet beats the Standard American Diet.

- There were two Prospective Cohort Studies (PCSs) (Refs 3 & 19). These can only establish association. One was a PCS of US Seventh Day Adventists; the other was a PCS of 56 Italians – neither would be generalisable to whole populations.

- One was a cross-sectional study (“case series” on the evidence pyramid) (Ref 20) of 27 vegetarians and 43 omnivores from Arizona. This can only establish association and is not generalisable.

- Seven were review papers (Refs 1, 2, 10, 14, 15, 17 and 21). Ref 1 was a review of the burden of disease in England and it concluded that diet is a big issue – no debate. Ref 2 was a (2009) review of ‘vegetarian’ diets (which allowed for fish and occasional meat). Ref 10 was a review of longevity in the US population and five healthy behaviours (not smoking, not being sedentary, being a healthy weight, score on “the Alternate Healthy Eating Index” and not drinking excessively). Ref 14 was a review of low carb high fat diets. Ref 15 was a review of the ‘Western diet’ (defined as high fat, salt, sugar, junk) on inflammatory and autoimmune disease. Ref 17 was a review/opinion piece on gut microbiota and health. Ref 21 was a review article on dementia, where the diet of focus was the Mediterranean diet. Even if we generously place all of these review articles on the third layer down of the pyramid (and few would justify this), they are not about WFPB diets anyway.

- Four were reports/position statements (Refs 7, 11, 16 & 18). Ref 7 was a report/position statement by the World Cancer Research Fund – an organisation notorious for its anti-meat stance. Even this report concluded that dairy products decrease the risk of colorectal cancer and they must have looked hard to find something against fish: “Cantonese-style salted fish increases the risk of nasopharyngeal cancer.” Nothing was found against eggs (Ref i). Ref 11 was a position statement by the US Academy for Nutrition and Dietetics (AND) giving their view of vegetarian diets. I wrote about the AND position recently, when they unforgivably supported a vegan diet for infants and toddlers (Ref ii). Ref 16 was a report on antibiotics and their use in animals in the food supply. Ref 18 was the plant-based version of the ‘Eatwell’ Guide. The ‘Eatwell’ Guide is bad enough – I didn’t know that there’s a vegan version!

- The final reference (Ref 13) was a bizarre two-part paper – the first part involved giving 2 hardboiled eggs to 40 participants; the second part involved following 4,000 participants for 3 years. It turns out that this paper found nothing to support WFPB diets anyway.

* All the claims in the leaflet are written as if they apply to everyone, or everyone with a certain condition (e.g. those with diabetes). This is false. Few, if any, of the papers are generalisable to whole populations. E.g. one claim (Ref 8) was “A WFPB diet may reverse early stages of cancer.” The reference given for this involved 93 American men with prostate cancer. If results were found to support a WFPB diet (and they weren’t), they would only be applicable to American men with prostate cancer. The type 2 diabetes and blood pressure claims were based on a (2009) study of US Seventh Day Adventists (SDAs). Nothing for any non US SDAs to worry about.

* All the claims in the leaflet are written as if causation has been proven. Only 1/21 papers referenced (Ref 9) could claim causation – and that paper only applied to 99 Americans with type 2 diabetes, where a whole food diet beat the American Diabetes Diet.

The leaflet is plant-biased rather than providing evidence for a plant-based diet.

Many thanks to Dr David Unwin for the subject of this week’s note (although maybe not for the workload!) David spoke recently at a conference and saw a presentation from someone from an organisation he hadn’t heard of (and nor had I): The Plant Based Health Professionals UK (Ref iii). David picked up a goodie bag and found the following leaflet in it. (The leaflet can be found on their site here) (Ref iv). 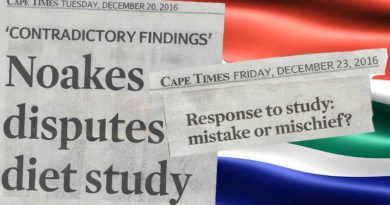