Many thanks to Annemarie Hogenbirk, who is a registered clinical nutritionist in NZ, for this week’s note. Annemarie spotted a study from the Harvard epidemiology production line within a few hours of it being published (on 21st January 2020). It was called “Association of low-carbohydrate and low-fat diets with mortality among US adults” (Ref 1).

At first sight it looked like one of Harvard’s standard outputs – an association reported between a food intake (low carb and low fat in this case) and a condition (mortality) having studied unreliable food frequency questionnaires in large US populations. Upon further examination, the paper was by no means standard and was quite surprising in parts. I’ve exchanged emails with the corresponding author and will share key points.

The study used data from the US National Health and Nutrition Examination Survey from 1999 to 2014 for 37,233 adults, who were 20 years or older and for whom 24-hour dietary recall data were available.

In this note, I'm going to round as many numbers as possible to the nearest whole number – just to make it easier to read. The 37,233 adults had an average (mean) age of 50. The participants were split 53% female, 47% male. There were 297,768 years of follow-up. That's an average of 8 years follow-up. During this time there were 4,866 total deaths.

We can immediately calculate the death rate. We can present this as: there was 1 death for every 61 person years of follow-up, or we can say that 13% of people died during the study. That seems high for a population that was described in the paper as “nationally representative” of the “non-institutionalized civilian population in the United State.” I queried this with the lead author and the reply was “we included participants with chronic diseases at baseline, who are at high risk of death” (Note 2). The death rate still seems high to me. If I were 50 and took part in a study where I was to be followed up for 8 years and I had a 13% chance of dying, I’d be a bit worried! 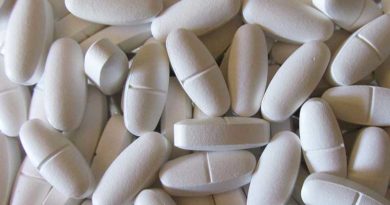 6th January 2020 Zoe Comments Off on Is Veganuary healthy?