In December 2019, ‘Anon’ asked if I could review an article that he’d seen in Medscape entitled “High-Protein Diet Could Be Harmful, Even for Healthy Kidneys” (Ref 1). I put it on the possible Monday note list. Then Hans van Kuijk, MD, a sports and exercise physician, emailed me towards the end of February 2020 to ask if I could look at another Medscape article. This one was called “High-Protein Diet Is Bad for Kidney Health” (Ref 2). As interest in the topic had doubled (😉) I decided to take a look. (Notice immediately how “could be harmful” has become “is bad for”…)

Both Medscape articles turned out to be about the same two studies. One was from the Netherlands and the other from Korea. The Dutch article was called “Dietary protein intake and kidney function decline after myocardial infarction: the Alpha Omega Cohort” (Ref 3). The Korean article was called “High-protein diet with renal hyperfiltration is associated with rapid decline rate of renal function: community-based prospective cohort study” (Ref 4).

Both studies used the same standard measurement of kidney function – estimated glomerular filtration rate – which is abbreviated to eGFR. This is a measurement of the filtration rates of the functioning nephrons in the kidney. (A nephron is a filtering unit). The average nephron number is approximately 900,000 to 1 million per kidney (Ref 5).

In most healthy people, the normal eGFR is 90 mL/min/1.73 m2 or higher. If eGFR is below 60 for 3 months or longer, Chronic Kidney Disease (CKD) is likely present. eGFR gradually declines with age. While higher is normally better, there is a condition called “Renal hyperfiltration”, which is defined as an increased glomerular filtration rate above normal values. This is associated with early phases of kidney disease in the setting of various conditions such as obesity and diabetes (Ref 6). The Korean study focused on “renal hyperfiltration” and it defined this as an eGFR of 94.4mL/min/1.73 m2. 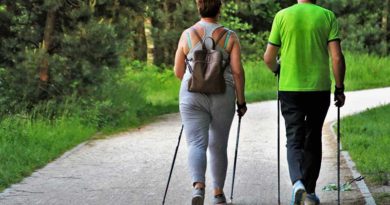 A new game in bad science

Did a low fat diet beat a low carb diet for fat loss?